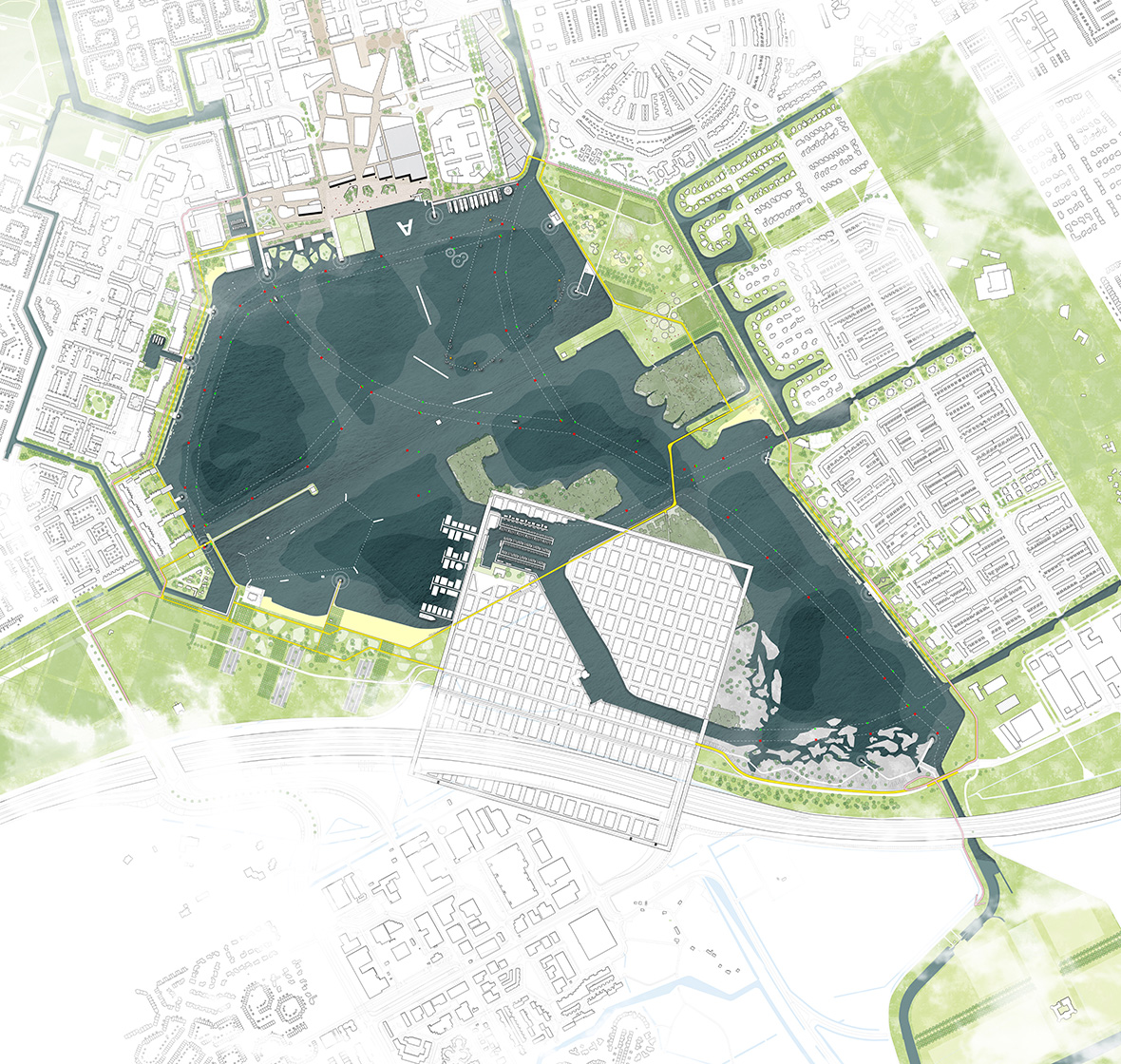 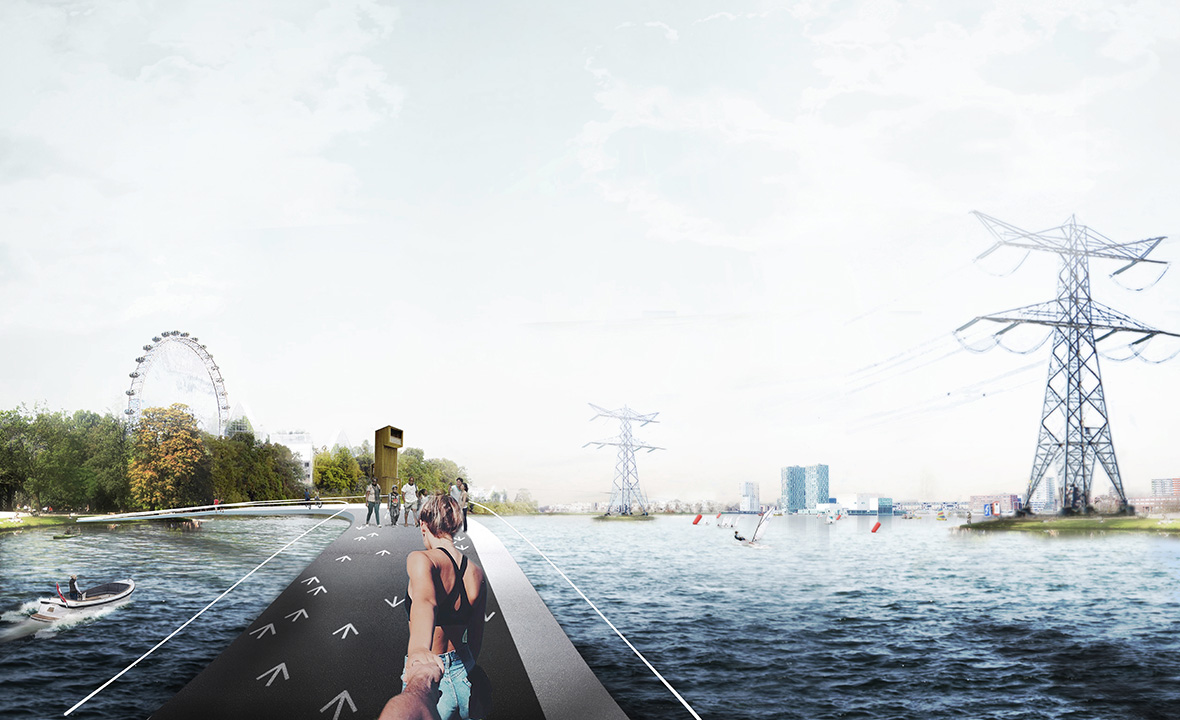 The route is made physically recognizable special edge detailing, furniture and lighting, walking, cycling and skating trails and eye catching signage on the paths. In addition, the liveliness on the water is increased by introducing a series of prominent ’anchor points’. 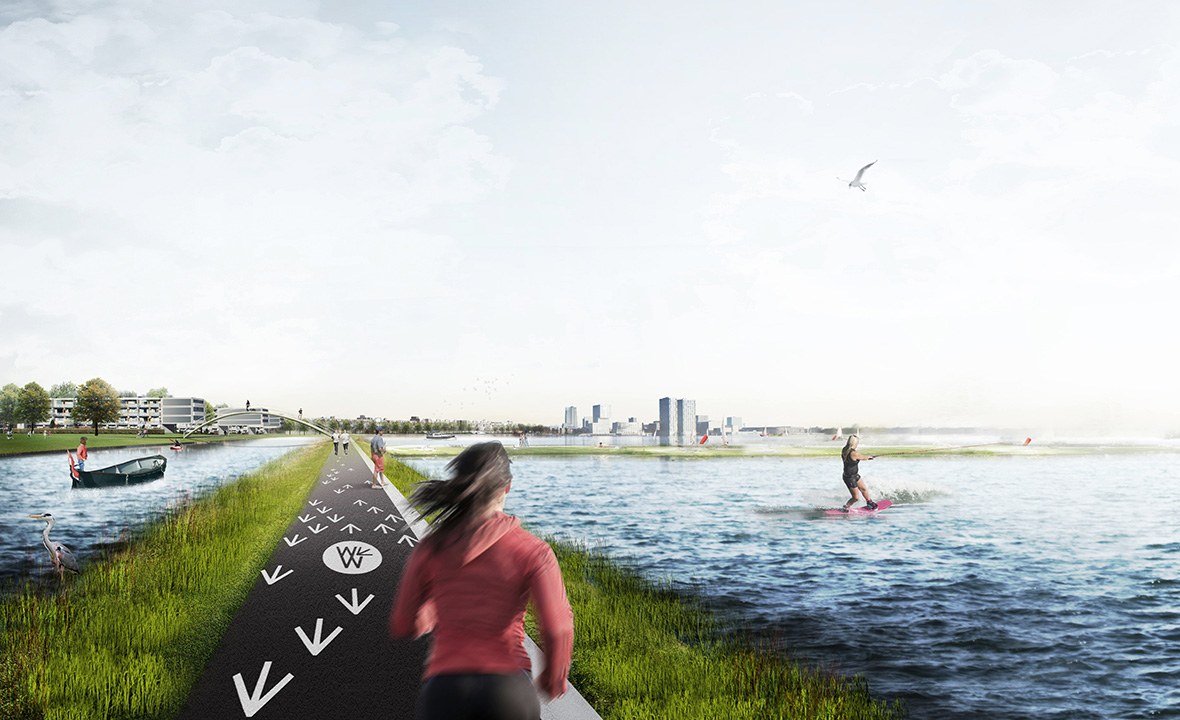 The plan was developed in close cooperation with the municipality of Almere and a focus group of residents. The plan will be implemented in phases and should be fully completed in 2026. The new bridge and the short route will be realised before the opening of the World Expo Floriade 2022 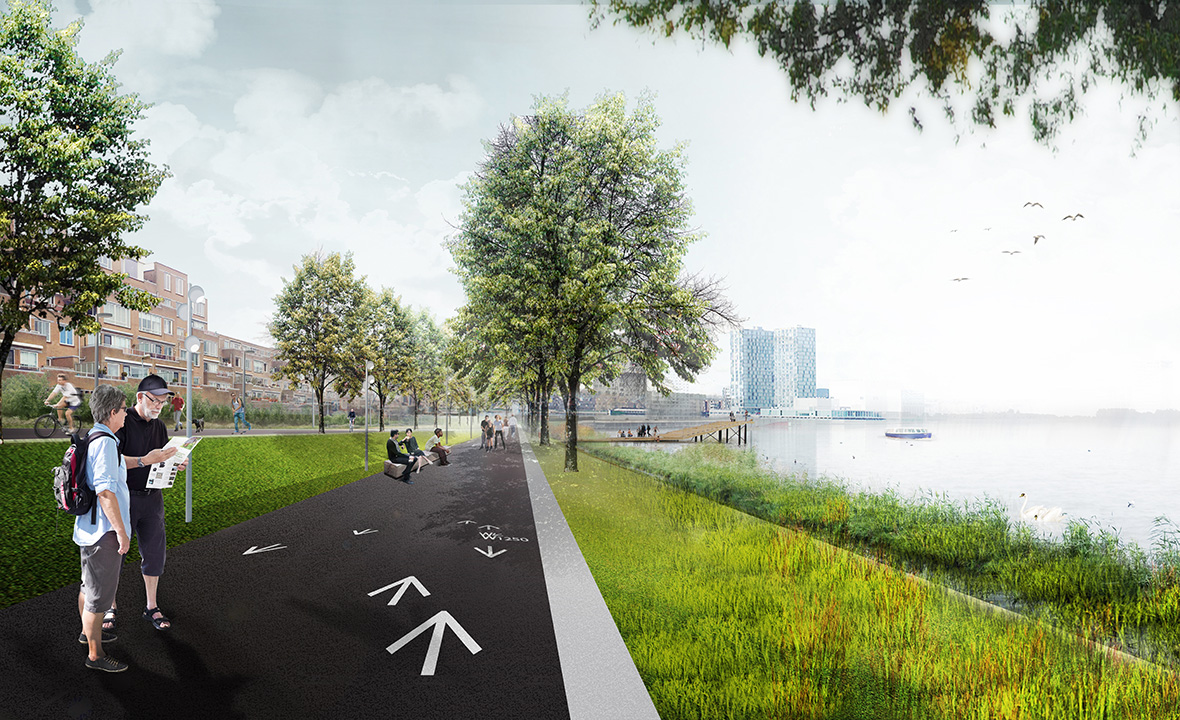 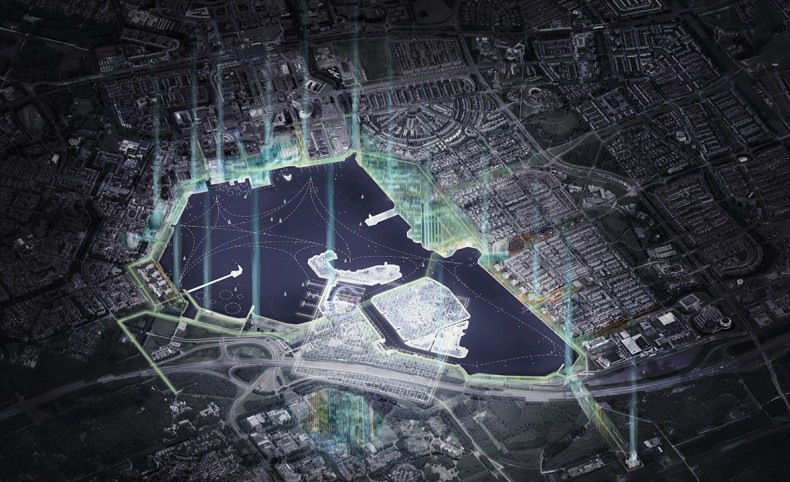