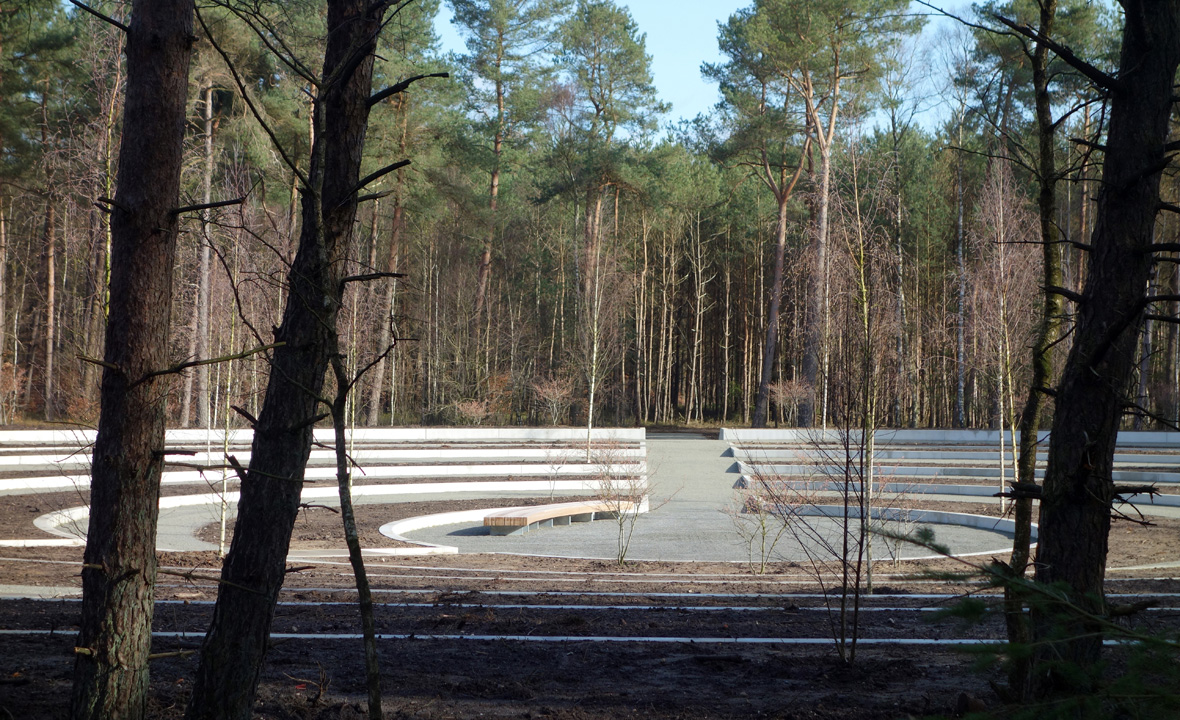 Loenen Cemetery is located in a nature reserve on the Veluwe, consisting of forest and heath. The cemetery was built in 1949 on the initiative of the Dutch War Graves Foundation (OGS). Every Dutch national who is deemed a war victim according to the statutes of the OGS can be buried at Loenen. The number of graves will never be thinned. To accommodate possible additional war victims in the future, OGS purchased land adjacent to the existing cemetery. It is a triangular area with a wooded character that must provide space for a total of approximately 5,000 graves. Karres en Brands produced a design for the new cemetery that will be implemented in various phases over an extended period of time. 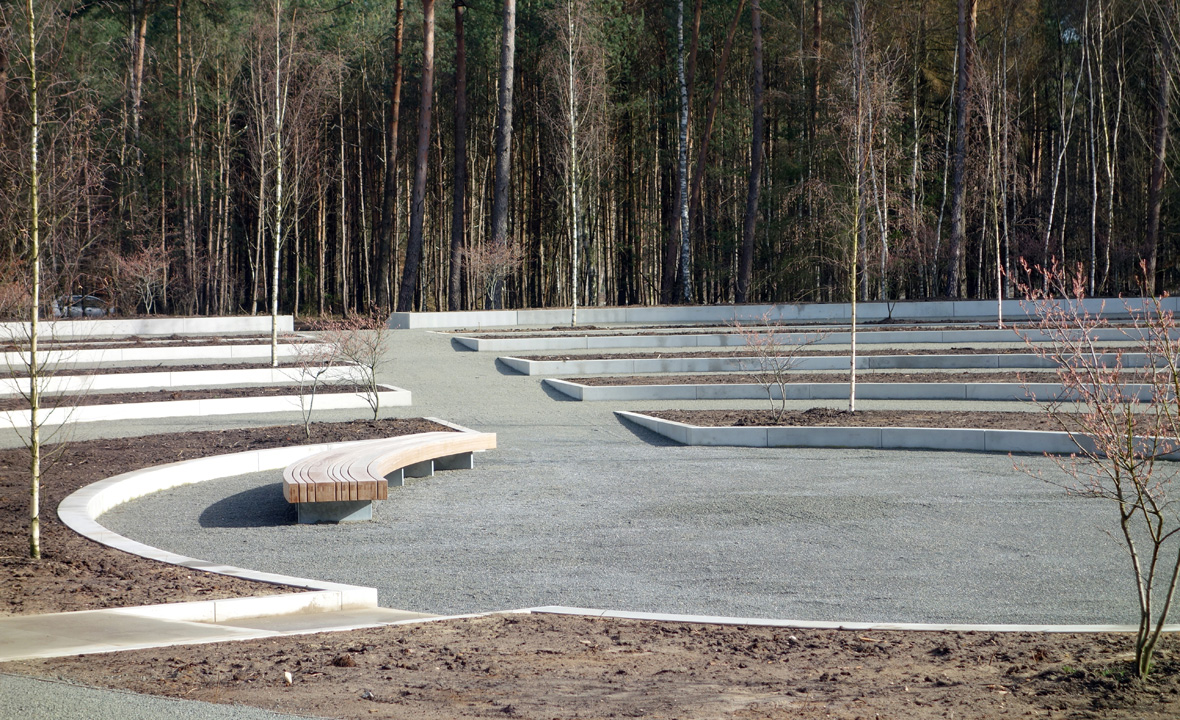 The existing cemetery, a design by Haspels, is both unassuming and powerful. It comprises an entrance area with a small wooden chapel, behind which is a star-shaped open space with a cross at its centre. The strength of the design lies in the organisation of open spaces in the dense forest, and in the contrast between light and dark. In order not to diminish these qualities, the choice was made not to further extend the original design, but to allow the extension to be a self-contained design. Although the formal language differs from the present cemetery, the contrast between open and closed, as well as its scenic characteristics, are clearly reflected in the design for the cemetery’s expansion.

The extension features an autonomous walking path, along which are situated a number of elliptical open spaces. The path, a carved out passage with heath vegetation, runs from the main entrance through the forest to the current cemetery. The open spaces are separate burial areas, each with its own character. The position of these spaces is related to the topography, the surroundings, and the existing cemetery. They are covered with low, natural vegetation comprised of blueberry and lingonberry, snowy mespilus (juneberry), and birches. Visitors can wander around these spaces, but must always return to the main path. 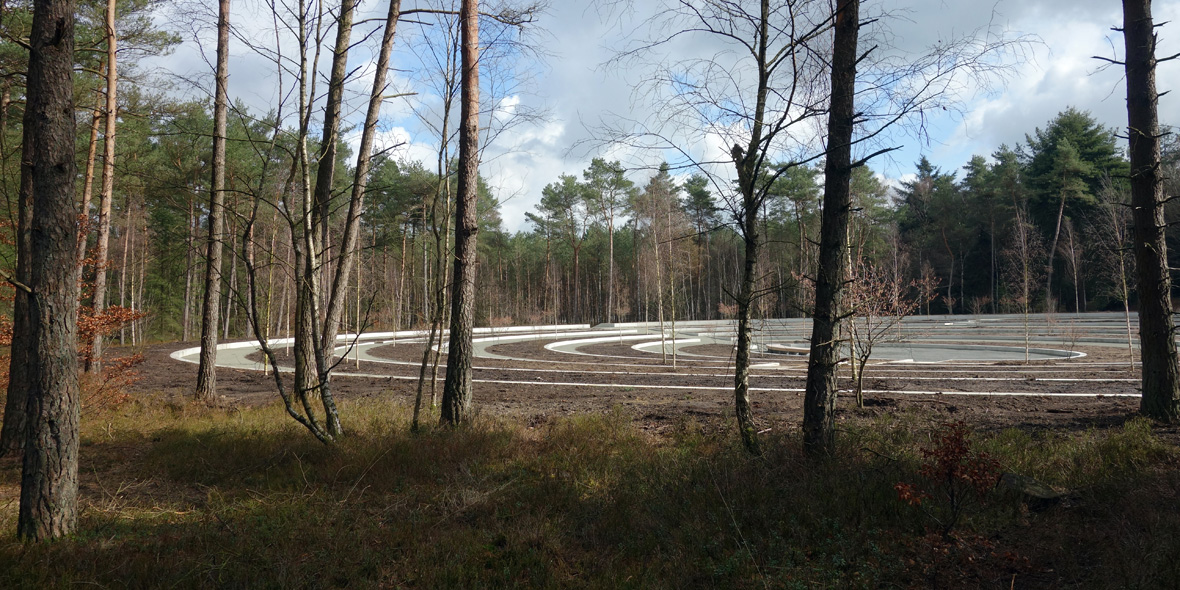 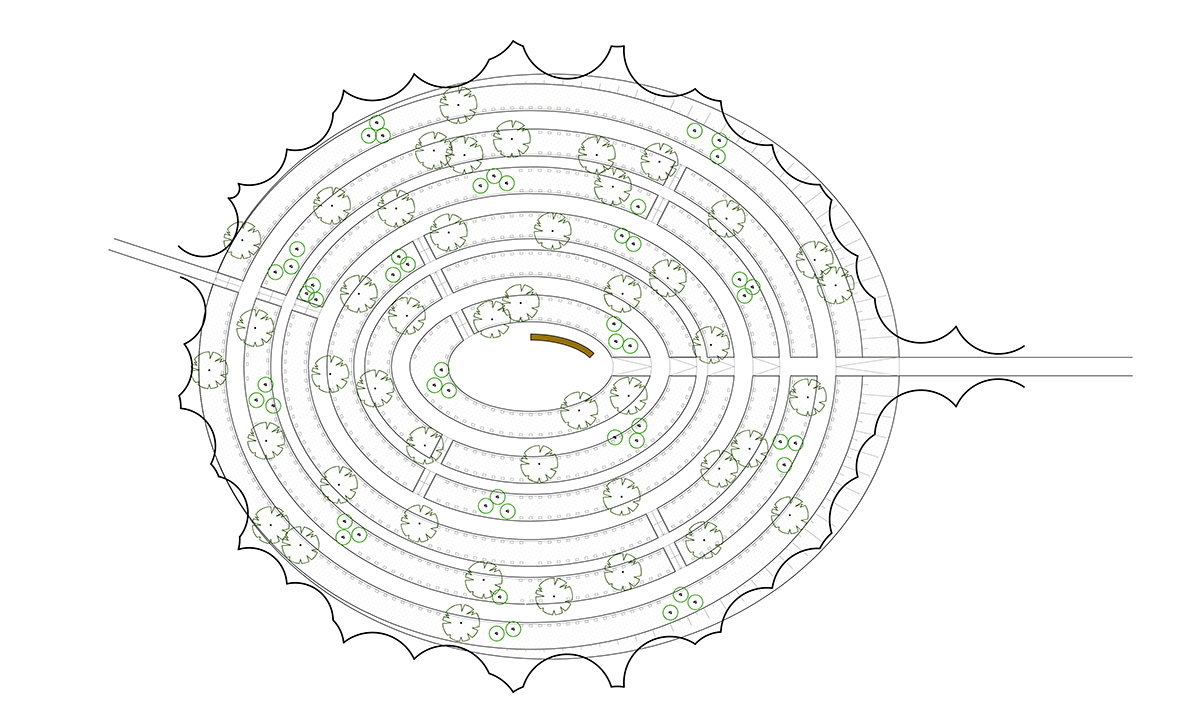 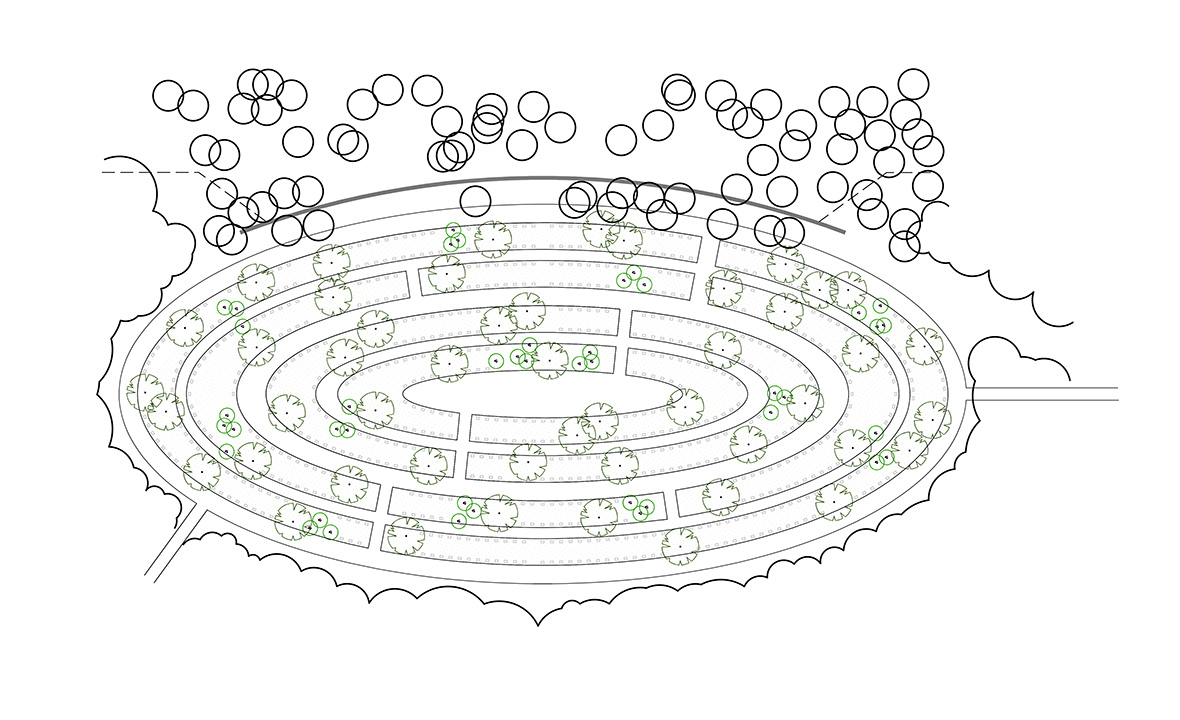 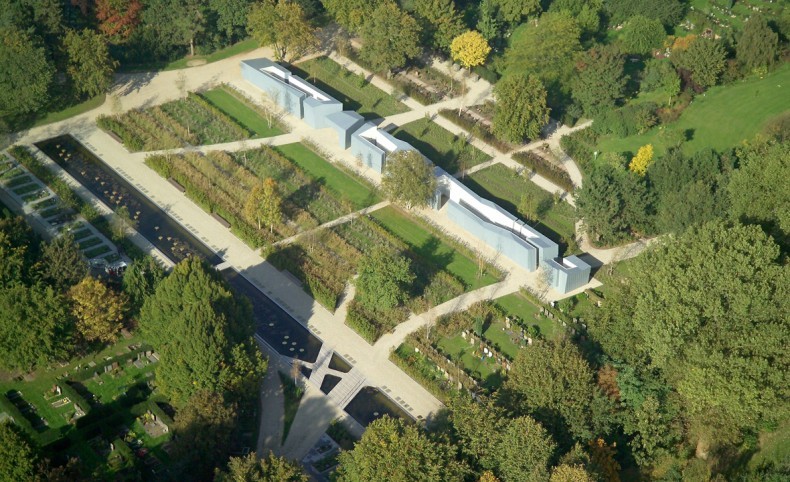 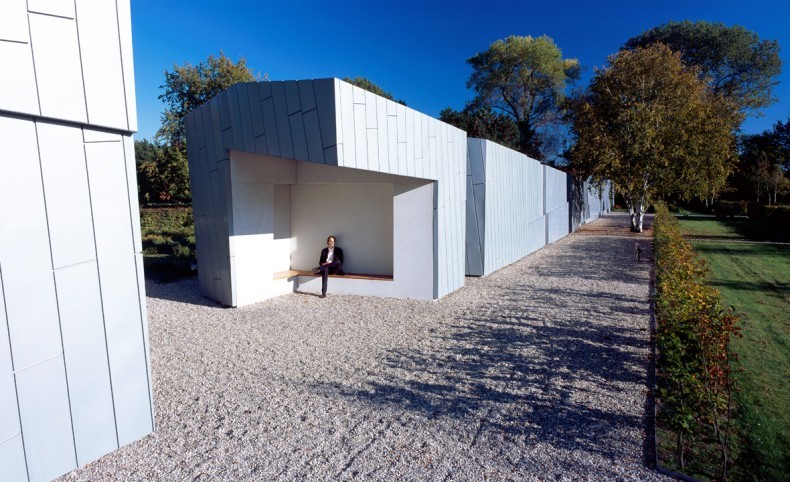 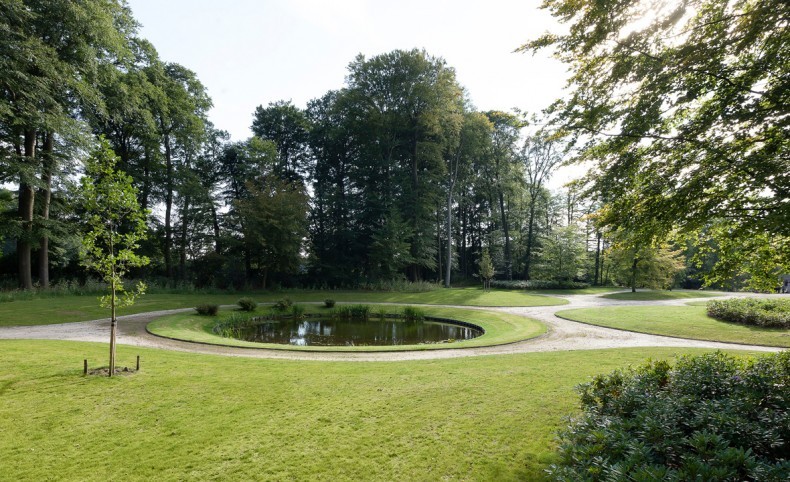